As a (fourth declension masculine) noun, ūsus can adopt a variety of closely-related but powerfully particular meanings:

1. Ūsus + genitive typically refers to the use, exercise or enjoyment of something.

2. On its own, ūsus can either refer to ‘exercise’ or ‘wear and tear’

3. It can also reference a ‘habit’ or social ‘custom’

The Latin superābilis, -e may be broadly defined as “possible to overcome,” and falls into two distinct uses within the extant literature:

Of diseases and calamities:

Abstaining from an object in Latin can leave you with one of three grammatical constructions, given here in the order of frequency:

Here some examples of how and from what the Romans refrained—

digitōs meōs praerōdō — I chew my nails (literally, ‘I gnaw at the tips of my fingers.’

This second one is conjecture. The phrase is sourced in Plautus, Pseudolus, where the image is of guests literally gnawing at their fingers because they are enjoying a feast so mindlessly that they lose track of where the ham ends and the hands begin. That said, ‘chewing the tips of one’s fingers’ could easily fit with the image of gnawing at one’s nails—don’t you think?

Don’t worry—it’s extinct! However, it’s insightful to see that ambō the long ō ending that is characteristic of Greek duals and dual-related adverbs: ἄμφω, δύω, κτλ.

Ambō is sometimes decline to match its respective noun, like a fully-functional adjective, but otherwise remains fixed as ambō

Effectively, there is no rule. Both A&G and L&S present freeform variation between the two options.

Here are a few notes on the Latin for day—diēs.

1. Diēs is a fifth-declension noun.

2. Diēs is typically masculine (like most fifth declension nouns), but is occasionally feminine, especially in fixed phrases and general reference to time or dates.

3. Diēs is one of only two nouns in the fifth declension that is entirely declined. Rēs is  the other such noun—all other fifth declension nouns are wanting in the plural (or at least the plural genitive, dative and ablative) in extant Latin literature.

This is just a quick reminder (of what I covered briefly in March 2012) that intrā gives rise to one of the few comparative / superlative adjectival pairs that is not derived from an adjective.

“The forms in -trā and -terus were originally comparative (cf. alter), so that the comparatives in -terior are double comparatives.” (my emphasis) 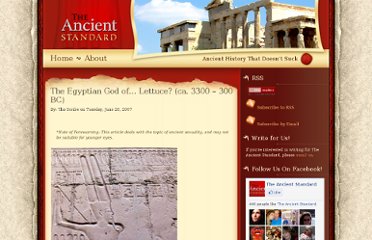 I recommend this blog for casual perusal.